“By God, Mrs McCarthy” said my Dad softly, shaking his head as we entered McCarthy’s Hardware shop, on Main Street, Kilfinane. I grew up on Main Street, in one of a row of  colourful shops. Ours was Crowley’s Drapers, long closed now. For years,  Mary and Tommy McCarthy were our neighbours, selling everything from toys to bulbs to every single type of screw and nail known to man.

For one weekend, the small mountain town of Kilfinane was hosting The Hearsay International Audio Arts Festival,  welcoming an army of self-confessed radio nerds for a magical festival of sound.  McCarthy’s was opened once more for business, this time to sell and buy stories. A stranger stopped me on the street and asked me for directions, I accompanied him to the shop. As I opened the double fronted wooden door, with its familiar creak, I think I had what I could only describe as visceral experience. It hit me in a wave. I was back in 1980. A mere eight years old. I thought if I could peer through the gloom, I could see Mrs McCarthy, delighted to stop for chat while I picked up my favourite childhood magazine. Behind her, the plastic jars of sweets, to the right, beautiful curiosities gathered over a lifetime, a box of coloured dusty bulbs on the counter. Slighly  overcome, I left the shop, and I had to return at least three more times over the course of the festival to experience a return trip to my childhood. If the ghosts could talk…

And this echoed my experience of Hearsay for the entire weekend. I felt I weaved between worlds, the worlds of my childhood, my youth, my family, my college years and the magical world of audio,  I even crossed from the realms of the mountains to the sea, twice! As I skidded over to Heuston Station to catch the train home after a really intense week in the day job in Homeless Services, I admit I was a bit apprehensive. What if it was all  a bit too esoteric and technical? What I know about audio is thus, I love radio. However what I know about storytelling could fill the universe. So with this in mind, myself and my trusted companion, my mother-Bridget, opened our minds and as it turns out our hearts, to attend some of the events dotted in various interesting locations around the town such as the convent chapel, the restored Protestant Church, the school and even in even in the front rooms of local homes.

Our first event was in Scoil Pól, again a trip down memory lane as this is where I went to school and where my mother taught for several years. As another little sentimental trip, I went to take a look at my first classroom and even located my locker from first year. As we wandered the corridor, I could smell seaweed, of all things (you wouldn’t smell that too often up in the Ballyhouras). And so began our first event, hosted and narrated by Kevin Brew, Luke Clancy and of course Chef Kevin Thornton. To say this was an experience for all the senses would be quite understating it. All I know was that in my head for one hour, I was no longer on the mountains, but in a lighthouse at sea.  Beautiful sounds of the sea swirled around us, the swish of waves, the lonely cry of seagulls, the haunting Atlantic wind. Meanwhile Chef Kevin Thornton cooked for us among the seaweed, dishing up prawns and a beautiful seafood broth. They were amazing. The rest of crew then bantered among themselves, quite self depecrating and funny in parts, the banter you’d imagine a crew stranded on a working lighthouse would engage in to while away the lonely hours.

Back up on the mountains, I took myself with some old college friends to the Hearsay awards at the converted Protestant Church, atmospherically strung with fairy lights. This was interesting as it allowed us to listen and experience  some snippets of award winning audio. Particularly beautiful was the winning student entry by Mark O’Donnell (Ireland)  called ” For Susie” and there was not a dry eye in the house for the moving audio portrait piece, “Mr Fix-it” by Australian Sophie Townsend.

Heffernan’s old pub, again on Main Street, was turned into a vintage radio museum for the weekend. Known as The Hurdy Gurdy museum, it was a beautiful treasure trove of gorgeous old radios. The delighful curator, originally a Mayo man was very taken with the fact I was myself married to a Mayo man and he played me a record  on an old gramaphone called “My Limerick Beauty” a tribute to his late wife, also a Limerick lady. We had a lovely chat and pocketing a card, I promised  firmly to visit the museum in the Martello Tower in its permanent home in Howth, Co. Dublin.

The following day, again with an open mind, myself and my mother attended an audio piece by Aline Penitót from Paris in the convent chapel. This piece was called “Chill, Cold and Shivers” Initially I admit we were a little lost, but settling after a few minutes, we were treated to a most exquisite and almost haunting piece of audio. I am still thinking about it, it was quite the most beautiful piece I have ever heard in my life. Aline and her colleague Laura Morris, who  has an amazing voice for narration, transported us once again to the lands of ice and sea, to the lands of Greenland and the Inuits. If is possible to capture the sound of ice and cold, they did it with this piece. Stunning. It was actually really bitterly cold in Kilfinane that November weekend, but somehow the weather made the audio sound so crisp.

I could not get around to as much as I would have liked to, there was such a huge variety of events and I did want to spend time with my family and local friends. I was fortunate to bump into many old friends and neighbours and it was so lovely to see the groups of people wandering the town. It was a treat to visit the newly opened Ballyhoura Juice site, with the fabulous and dazzling display of tasty juices produced locally. Much time was spent in Kilfinane’s wonderful and atmospheric pubs in front of blazing fires, hot whiskeys and bottles of Eight Degree beers in hand. And thanks to my old local fairy Godmother Hannie, gone before us, who likes to playfully  haunt me now and  then by always leaving me a seat up at the bar, no matter how  thronged in O’Ceallachairs; cheers to you. I was lucky to have had really great fun and conversations with some old friends, and I have to say (forgive the pun), audio people are sound. We had some great craic and conversation with people from all over the world.

Many thanks and praise for organising such an amazing  international event goes to the folks at Grey Heron Media, based in Kilfinane. What a fantastic job they did.

Sophie Townsend, the creator of the award winning piece of audio “Mr-Fix it” said something very interesting. She tried the sensible, corporate life, of radio, but her heart was in her creativity. So she decided to become not very sensible and follow her soul and her heart and work on audio pieces. All I can say after my wonderful, mind- opening experience at Hearsay, is that I can rest assured that the world will be ok with not very sensible people in it. Thank you Hearsay. Thank you Kilfinane. You know how to make magic.

Til next time lovely friends,

6 thoughts on “Home for Hearsay…” 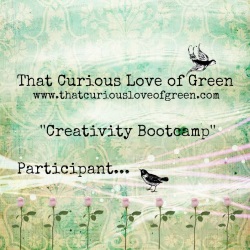